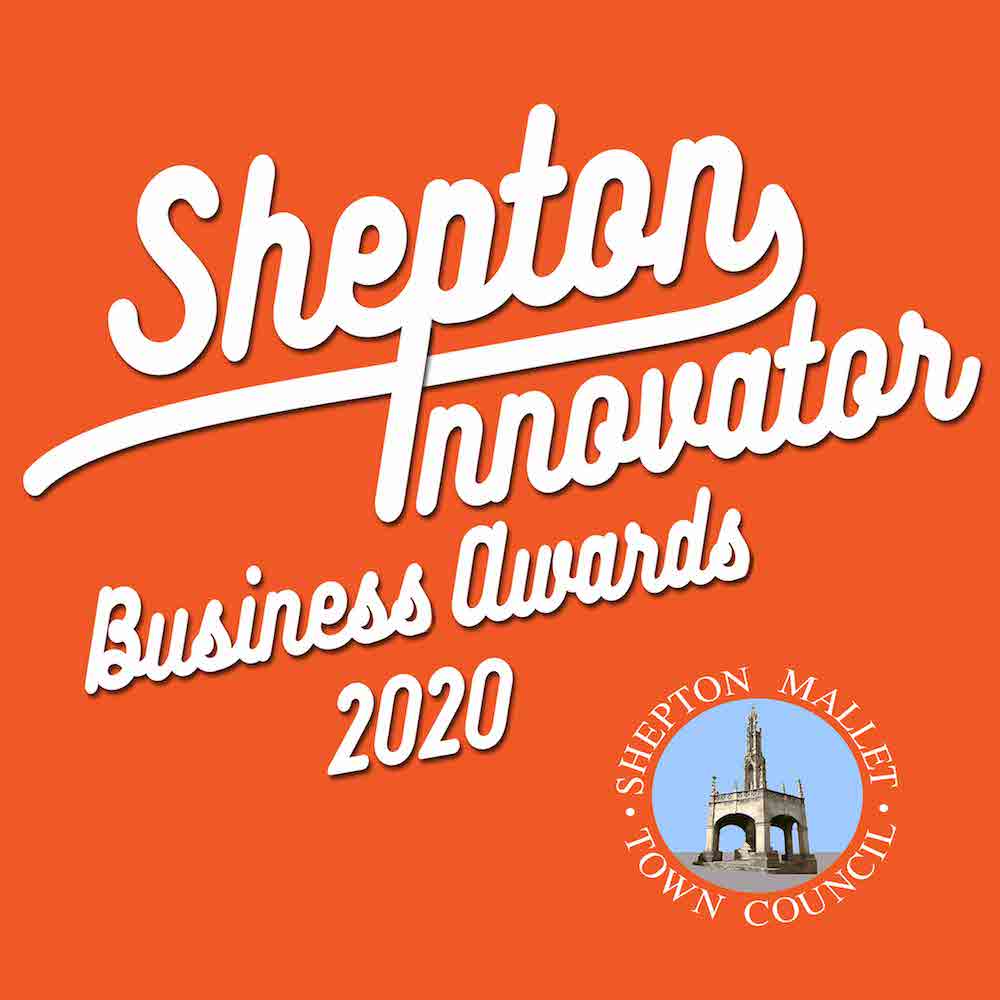 Recognising the exceptional efforts of local businesses in unprecedented times

In the Spring of 2020, in response to the announcement that Mendip Business Awards would not go ahead due to the pandemic, Shepton Mallet Town Council launched an online award initiative to recognise outstanding local businesses and entrepreneurs.

The Shepton Innovator Business Awards were announced in June 2020, shortly after the announcement that the Mendip Business Awards would not be going ahead. The awards were set up to celebrate the dedication and hard work shown by local businesses and entrepreneurs, to serve and support their community during the pandemic  and throughout the year.

A panel of independent judges were selected to vote in eight categories of award. A final category, ‘Innovator of the Year’ was voted on by councillors.

In keeping with the times, the awards were run entirely online. Nominations were open from Thursday 11th June and closed at midnight on Thursday 30th July.

Nominations were open to all businesses (small, medium-sized and large), either based in Shepton Mallet or the following parishes: Pylle, Prestleigh, Evercreech, Pilton, Oakhill, Croscombe and Doulting.

The winners of the Shepton Innovator Business Awards 2020 were announced via Facebook Live on Wednesday 02 September. They were:

Innovator of the Year:

The panel of judges for the Shepton Innovator Business Awards 2020 were:

Kelly has worked at Mendip District Council for 7 years, with 6 years as an Economic Development Officer. During this time, Kelly started the Enterprise Mendip Business Support scheme as well as the GROW with Digital programme, hosting seminars, workshops and networking events, with around 3000+ businesses attending each year. Kelly has also worked on the Mendip Business Awards from the inauguration, and with the rest of the team have grown the event to be a well-supported and known, key event of the year for Mendip businesses. Prior to this, Kelly worked in the Hospitality Industry for 23 years, running multiple venues and managing refurbishments for a national chain. She has also owned several successful businesses of her own.

Justin joined Somerset Community Foundation in 2005 bringing considerable experience in community development and grant-making. He previously worked with small non-governmental organisations in Lesotho, on environmental and social initiatives in the Countryside Agency in the UK and had led the Countryside Stewardship scheme in Herefordshire and Lancashire. In 2017 he was awarded a Postgraduate Diploma in Voluntary Sector Management from CASS Business School, and in 2018 Justin joined the Board of Trustees at the Nelson Trust.

Claire Sully, owner of a technology and training company

Claire Sully is a tech and training company owner based in Bristol and Somerset, working with charities, arts, heritage and local authorities across the UK. Her work focuses on using technology to connect, inspire and grow communities who support causes, using a 21st century volunteering model. She was raised in Shepton Mallet and now lives just outside of the town in Croscombe. Claire ran the first SW digital arts festival in the town for a number of years from 2009 and she is a Director of a new community interest company looking to promote the arts in Shepton.

Alan Stone, chair of the Shepton Mallet Chamber of Commerce

Alan Stone has been active in the community in Shepton Mallet for 34 years since he moved here in 1986. For the past 24 years he has been involved in the Chamber of Commerce, worked in the town for Accountant Old Mill from 2002 – 2016. Alan also ran a garden centre for 4 years in Haskins in the late 1990s. With his wife Christine, he had two sons, both of whom went through the town’s schools and have successful careers in the education sector. As well as other involvements, Alan runs the small local company Stones Cider and can be found at many local markets.

Helen has served as Chair of Mendip Council since May 2019, having sat on the district council since 2011. Helen lives in Frome, is married with three children and is delighted to be involved in these awards, recognising the huge contribution that our businesses make to our community.

There were many brilliant businesses who made the shortlist for winner in 2020, they are:

Nominations are now closed. Thank you to everyone who participated. The finalists will be announced on 20 August.